​I pray everyday that my story will be a testimony to what Jesus can do with a broken life.  -Kedyson 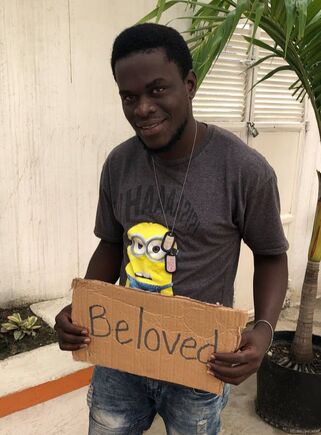 ​I lost my parents when I was 5 years old so I did not know love or affection. I lived on the streets, slept in abandoned cars and started to make very bad choices.  I used all kinds of drugs, I had sex with prostitutes, and I stole.  At the age of 18 I started my own gang that sold drugs, shot at police, and abused girls morally and physically.

Our victims put the police on our heels; we ended our gang and integrated into another. I thought we had fooled everyone, but I learned that police were specially looking for me, and also drug dealers to whom I lied to during deals.

I have a big brother, Johnny Marcel who graduated from Haiti Teen Challenge. He knew the trouble I was in and while I was at his wedding, he invited me to come into HTC. I insulted him and left, but in the evening, my conscience began to speak to me and I decided to come into the program.

The first weeks at HTC were not easy but truth began to sink in.  After one month I learned that the drug dealers who were looking for me had murdered two men in my gang. I realized that could have been me and finally understood that I needed to release my life to Christ.  From that moment on that my experience with God began.

Through HTC, I am new creature. I am no longer a slave to drugs, alcohol, theft, or sex, now I am a child of God.  I want to tell others about what God has done in my life.  I seek out gang members to tell my story.  When they taunt me I tell them there is nothing that they have done that could impress me, because I have done worse than them. I tell them how my life has changed and that the only way out of their situation is to turn their lives over to Christ.

This verse represents the man I now want to be:“Be strong and courageous. Do not be afraid; do not be discouraged, for the Lord you God will be with you wherever you go.” Joshua 1:8